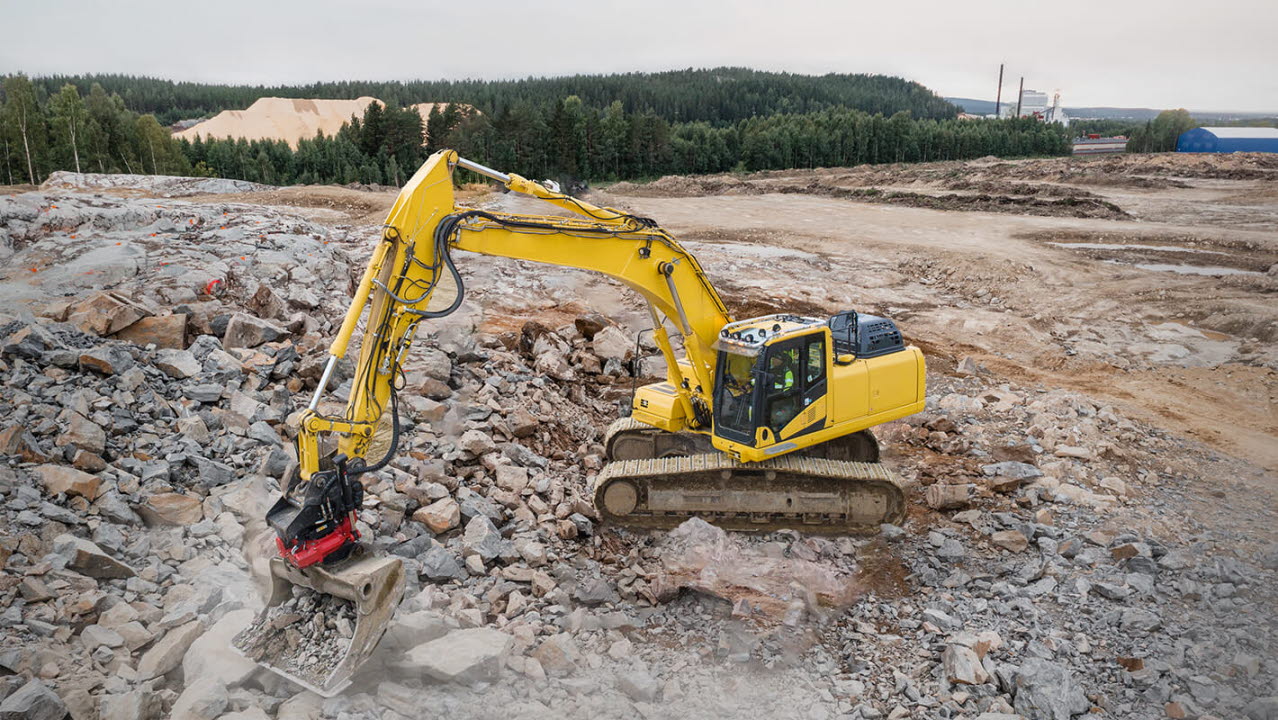 At the Vei og Anlegg 2022 trade fair in Norway, Rototilt will be showcasing its latest tiltrotator innovation for the first time – the RC9, a substantial tiltrotator for excavators weighing up to 43 tonnes. “With the RC9, we want to bring the customer benefits of the tiltrotator to even more users and large machines,” says Per Väppling, Sales and Marketing Manager at Rototilt.

The tiltrotator manufacturer Rototilt is based in Vindeln, Sweden, and conducts operations in its own companies in a total of 7 countries. In conjunction with the Vei og Anlegg 2022 trade fair in Norway, they are showcasing the latest in a long line of technical developments for the for the first time – the RC9 tiltrotator for excavators weighing between 32-43 tonnes. This allows users with large machines to switch between excavating and jobs that require greater precision, and reduces the number of machines and machine trailing required for an assignment.

“We want to improve the day-to-day working life of the excavator operator, and with the RC9 our aim is to bring the customer benefits of the tiltrotator to even more users and even larger excavators. Our product development team has managed to take things even further than that, with new features that will further improve the end-user’s operability and flexibility,” says Marketing and Sales Manager Per Väppling.

The new tiltrotator is Rototilt’s most powerful to date, designed for excavators with breakout forces of up to 280 kN. New, pressure-compensated hydraulics mean that the tiltrotator functions can work independently of each other. This allows the user to tilt and rotate at the same time independently of each other. However, it would not have been appropriate to launch the product until this solution had been in place and tested, according to product manager Sven-Roger Ekström.

“Larger excavators work on even heavier assignments, which is why it has been important for us to devote a great deal of time to safety, precision and control. The goal has been to achieve optimum parallel operation of tilt function and rotation to provide an improved and smoother operating experience with full control for the machine operator. We wanted to develop this solution in full and without any compromises before launch,” says Ekström.

According to Väppling, the RC9 is not the only new product being released in the coming year, and the focus will be on increased control in future launches as well.

“The RC9 marks the start of an exciting year for us, for our partners and not least for our end users. It also marks the start of a new product line that puts control in the hands of the machine operator, where the RC9 is first to be released. It feels particularly enjoyable to get to meet up again at trade fairs and events, where visitors will be able to see the RC9 for the first time, initially at Vei og Anlegg and then at Svenska Maskinmässan. There will also be more new products in connection with Bauma in the autumn,” Väppling concludes.